Obviously, the first polish I wanted to try, after the reddit swap, was O.P.I Fly.
The only other O.P.I I own belonged to my mom and it is really old! It's Happy Anniversary and I barely use it. I had to see if the brand was as good as everyone says it is and if they are worth the price (here, they cost 16.90€, that's around $22 for a bottle).

Well...the polish was awesome! Good pigmentation, awesome formula, the brush is amazing and makes application so easy. Damn you, O.P.I! Why did you have to be so expensive and so awesome? So out of my budget... -.-'

I wanted to try my new stamping plates as well, but boy, did I fail! xD I applied top coat before stamping, because I wanted my nail polish to dry faster and that was a complete mistake! The stamp wouldn't stick to my nail like that, and when it did, it was barely visible, so I grabbed a toothpick and decided to freehand it using the lines I was able to stamp as a guide.

This was what came out of this adventure, it's pretty crappy though. xD 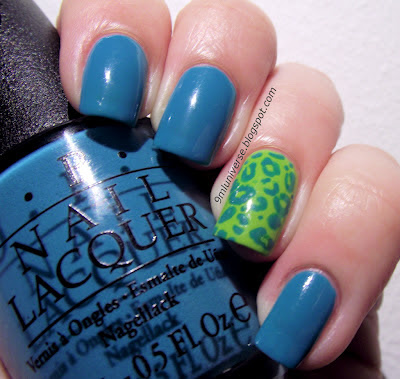 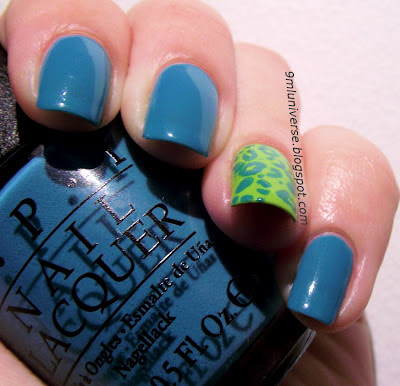 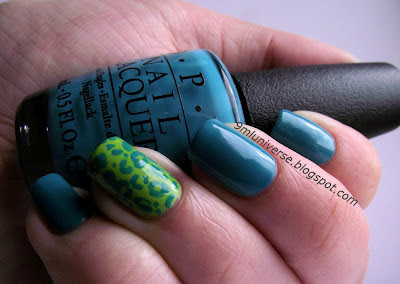 Natural light in this picture 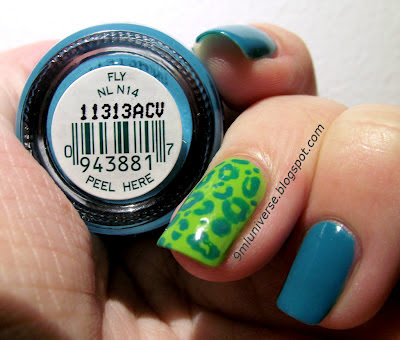 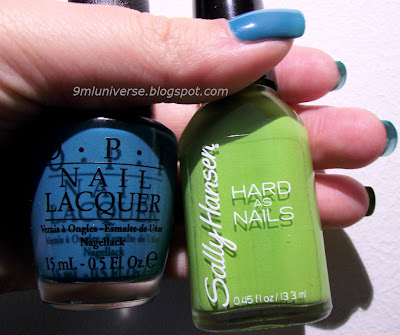 This is Sally Hansen #620 Limestone 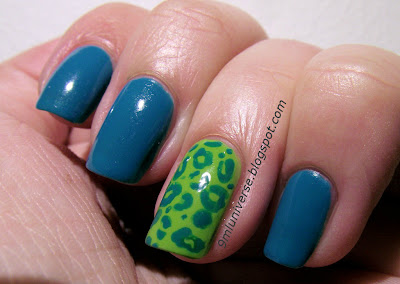 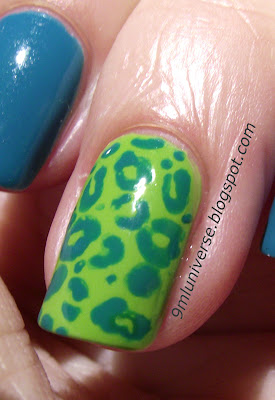 Did I do too bad on the leopard print? xD 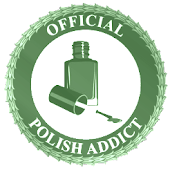